Did you know that propane is the third-most widely used transportation fuel in the world?

Propane, also known as liquefied petroleum gas or autogas, is produced as a by-product of the refinement process for natural gas and crude oil. Although propane is primarily considered as a fuel for heating and other domestic uses, its low cost and clean burn makes propane an increasingly popular alternative fuel for transportation.

Conventional vehicles can be converted to run on propane, substantially reducing emissions and other pollutants. Can’t find propane at your local gas station? Western Washington currently boasts more than 20 public refueling stations for propane vehicles, with significant growth expected in the next several years. 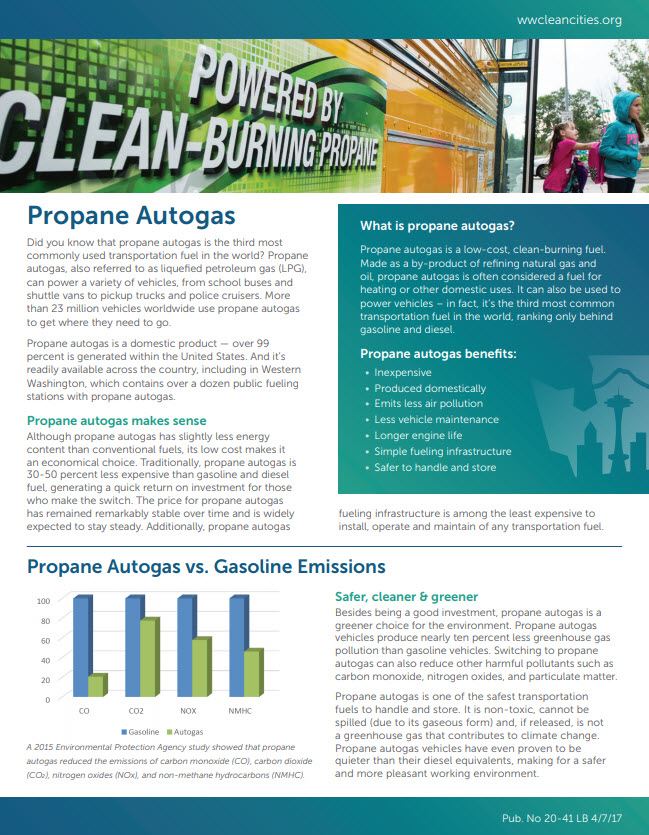 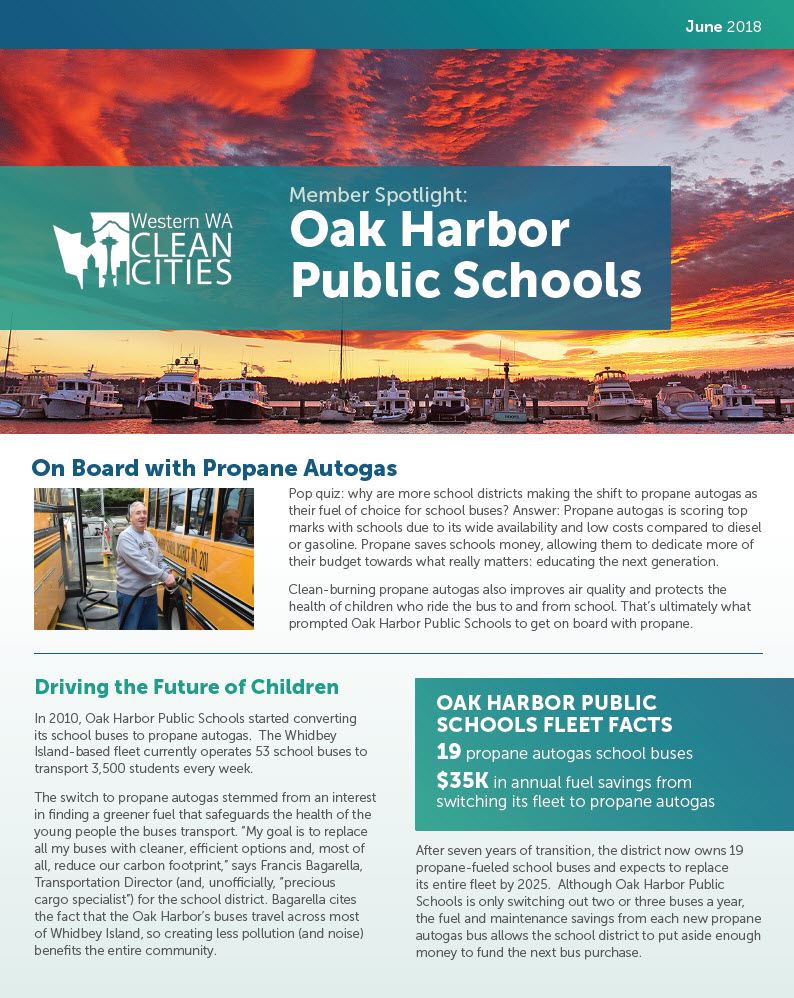